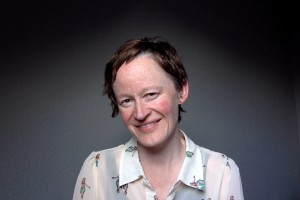 Carrie Smith-Prei is Associate Professor of German Studies at the University of Alberta. She has published articles and book chapters on a variety of topics related to post–1960 German culture, publics, the digital economy, and contemporary feminisms. She is the author of Revolting Families: Toxic Intimacy, Private Politics, and Literary Realism in the German Sixties (University of Toronto Press, 2013), and co-editor of Bloom and Bust: Urban Landscapes in the East Since German Reunification (Berghahn Books, 2014) and Transnationalism in Contemporary German-Language Literature (Camden House, forthcoming 2015). She is currently co-editing (with Christina Scharff and Maria Stehle) a special issue of Feminist Media Studies on digital feminist activism in Germany and a volume on Central European aesthetics (with Helga Mitterbauer). Smith-Prei holds a major three-year grant from the Social Sciences and Humanities Research Council of Canada for research on popfeminism and performance art activism (with Maria Stehle) entitled “Technologies of Popfeminist Activism,” which is currently being prepared as a book publication entitled Awkward Politics: Technologies of Popfeminist Activism. She is co-founder of Imaginations: Journal of Cross-Cultural Image Studies and co-editor of Women in German Yearbook (2014–2017). In 2015 she received the Faculty of Arts Research Award (Associate Professor) and in 2013, she received the Faculty of Arts Undergraduate Teaching Award (Early Achievement) and the Provost’s Award for Early Achievement of Excellence in Undergraduate Teaching.